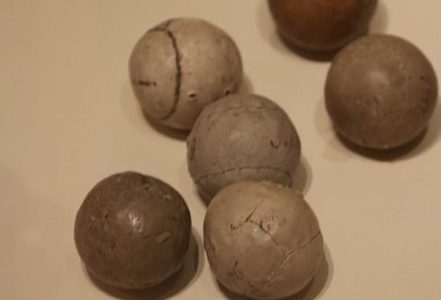 The origins of golf lie in fifteenth-century Scotland, particularly the St. Andrews and Edinburgh areas. It is thought that ‘golf’ was an old Scottish word for ‘hit’ or ‘strike’. There were several types of stick-and-ball games with similar names, but golf was unusual for having a hole in the ground as the target.

The oldest golf society is Edinburgh’s Royal Burgess dating from 1735. Sixteen other societies were established in the 1700s, mainly in Scotland but one in London in 1766, thanks to the Scottish King James VI & I of Great Britain, and one in Georgia, USA, in 1794. The Americans have contributed much to the development of the sport, including some of the jargon ~ bogey, birdie and eagle, for instance.

Before the invention of the mechanical lawnmower in the mid-1800s, golf was a winter sport. Once it was available all year round and the railways had been built, golfing holidays became popular and by 1857 St. Andrews had the first 18-hole course in the world. The first golf balls were made of leather filled with hair or feathers. Then gum resin was used, followed by tightly-wound rubber threads with a dimpled cover. This method was used until the late 1960s.