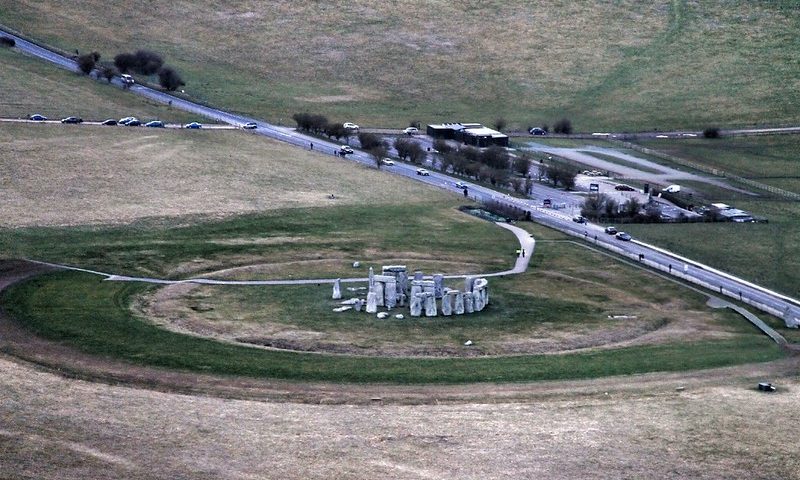 Stonehenge in Wiltshire is Crown property and its mysterious origins and purpose remain unknown, although Druids believe they have a special connection to it. There are theories that it served as a calendar for Neolithic farmers, or a burial ground or a place for pagan festivals. The word ‘henge’, meaning a prehistoric ring of upright stone, timber or earth surrounding a circular ditch, is taken from the name Stonehenge, which itself means either ‘stone gallows’ or ‘hanging stones’.

Legend tells of the stone formation then called ‘The Giants’ Dance’ being sailed from Ireland to commemorate the spot where British leaders were disgracefully murdered by their Saxon counterparts during negotiations. In a similar vein, giant skeletons have been discovered in Stonehenge’s vicinity, one of which was 14’10” tall. Clearly the “wonder” of this World Heritage Site still has much to be revealed.

However, the stones have been subjected to a spot of house-cleaning ~ between 1901 and 1964 the stones were repositioned and even replaced and finally set into concrete footings in order to create a more aesthetic and tidy impression for the million visitors per year, now only permitted to walk the perimeter. Compare John Constable‘s 1835 Stonehenge painting (left) to a 2008 photograph (right):-