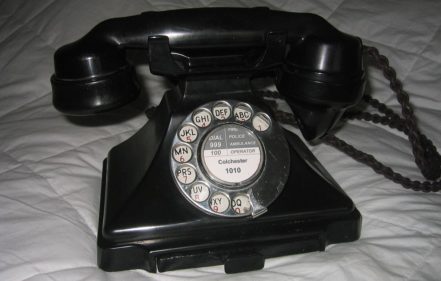 The world’s first free emergency telephone service went into operation in 1937 in London. Other numbers such as 333 and 707 were proposed, but if the caller could not see the dial but only feel for the right fingerhole, it had to be easy to locate, hence the selection of 999.

Prior to this, people either rang their local fire brigade, coastguard, police or ambulance station direct or rang for operator assistance at the telephone exchange on number 0, the last fingerhole on the dial. However, after five women died in a fire in 1935 at a doctor’s surgery while a panicked neighbour was kept waiting on the telephone, the government decided to see what could be done to alert operators to the urgency of such calls. The new system sounded an alarm and switched on a flashing light and operators were told to drop everything to answer the 999 calls.

Today, there are dedicated 999 operators and calls are answered within five seconds. There are well over 500,000 calls a week, a huge increase from the initial 1,073 genuine calls and 263 inappropriate calls in 999’s very first week. There is also now an additional ‘silent solution’ (on pressing 55) for the caller who cannot respond to the operator.