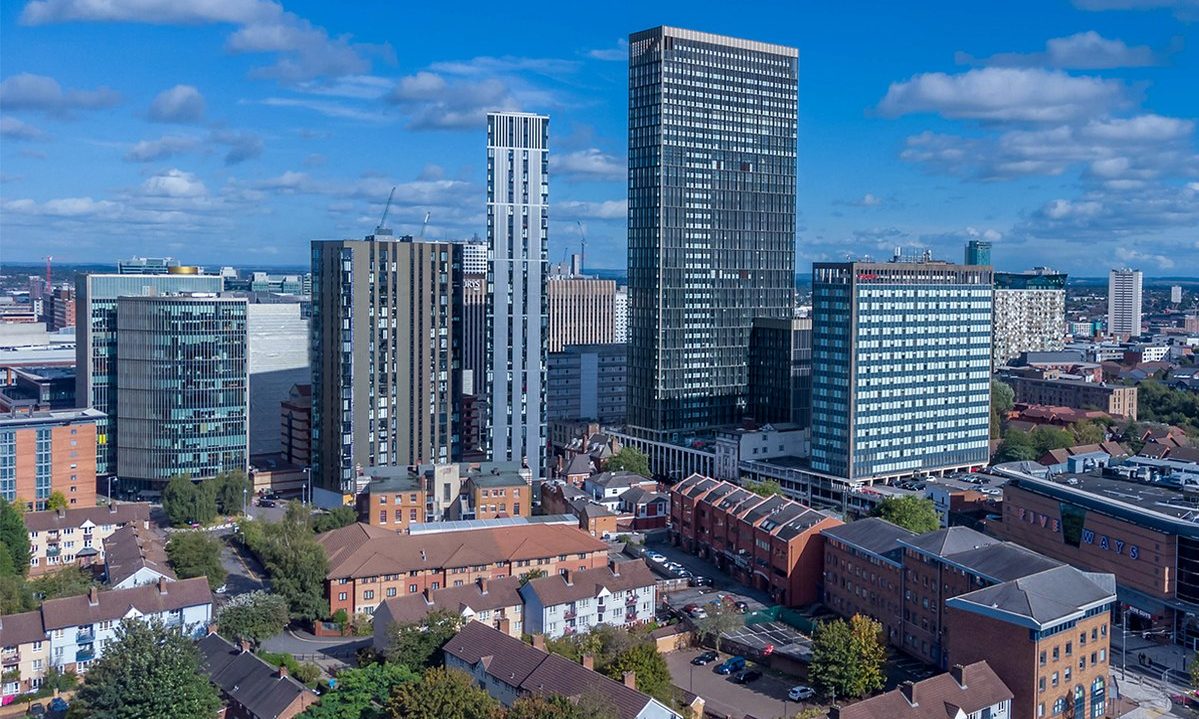 Birmingham is our second biggest city and is geographically just below the centre. It sits on a plateau which was once heavily forested and home to wild boar and wolves prior to the start of industrialisation. The name evolved from ‘Bromwich-ham’ or ‘Brummagem’, explaining the city’s nickname of ‘Brum’, with adjective ‘Brummie’ and those born there being affectionately referred to as ‘Brummies’.

A small market town sprang up there in the 12th century but it was not until the 18th century that it became a hub of industry large and small, from huge ironworks to one-man workshops. With this came the need for financial services and Lloyds Bank was established there in 1765 and Ketley’s Building Society (the world’s first) in 1775. It also left the legacy of an extensive canal system, one hundred miles long in total.

Due to bomb damage in WW2, much of Birmingham has been re-built and after the UK joined the Common Market in 1973 the manufacturing industries have been largely replaced with the service sector. Birmingham hosts five universities, its city-centre shopping zone, called the ‘Bullring & Grand Central‘, is the UK’s largest, and its National Exhibition Centre on the city outskirts is one of Europe’s busiest.