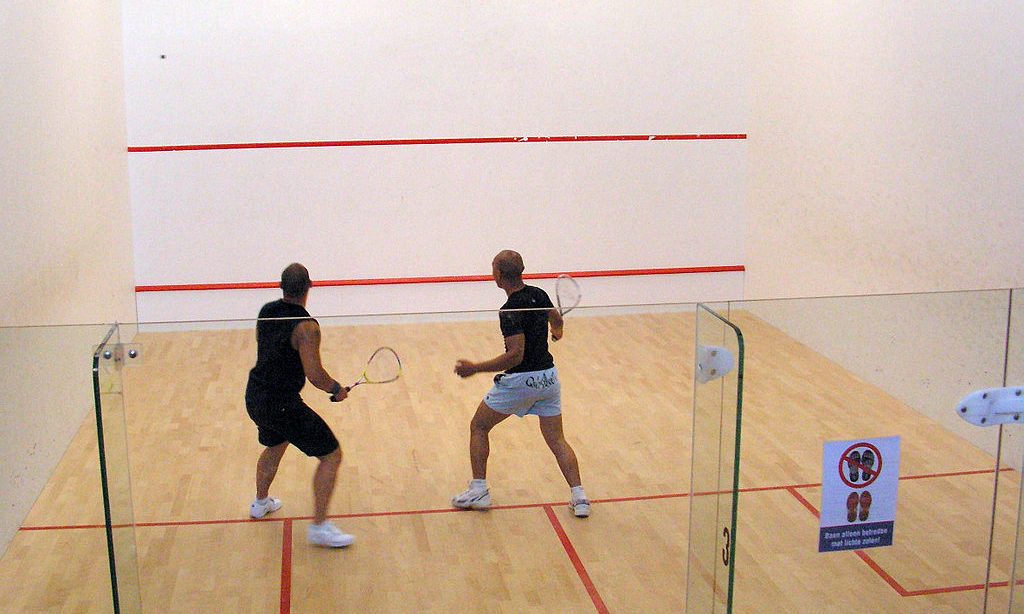 Prisoners taking exercise in a London jail’s walled courtyard are credited with devising the first form of the sport of squash in the early 1700s. Known as ‘racquets’ then, its popularity grew because it could be played in any backyard or alley. Today, there are thousands of squash courts at leisure centres all over the UK, as well as portable all-glass courts for tournaments and exhibitions.

The first purpose-built courts appeared in London in the early 1800s, but the real development came at Harrow, the public school for boys, where they loved playing ‘racquets’. With the advent of vulcanisation, hollow rubber balls could be used, which did not do so much damage, resulting in the re-naming of their game to ‘baby racquets’, then ‘squash’. In 1865 Harrow School added four courts to their facilities and Old Harrovians went on to build courts elsewhere. The first standard set of rules was established in 1909 as the sport started to spread internationally.

Spectators are enthralled by the sounds, energy and tactics employed by two (or four) players running around in the same space, rather than on opposite sides of a net. Players regard it as the best way to keep fit and mentally alert.