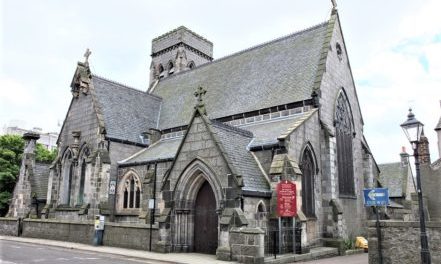 When the Church of Scotland (CofS) was confirmed as that nation’s Established Church in the early 1700s, the other main branch of Scottish Reform Christianity set itself up formally as the Scottish Episcopal Church (SEC). Like the presbyterian CofS, it conducts baptism and communion, but it also offers confirmation, holy matrimony, confession, ordination and healing, in a similar way to the Church of England, Church in Wales and Church of Ireland, .

‘Episcopus’ is Latin for ‘bishop’ and an episcopal church is run by its bishops, who are the authority figures. The SEC has seven of these and each has a region, or diocese, of Scotland. Each diocese has one cathedral, but Argyll & The Isles diocese has two; one for Argyll and one for The Isles. The bishops elect a top bishop, called the Primus (inter pares) ~ first among equals.

Every SEC service has the same timetable in accordance with the Common Book of Prayer. The SEC maintains that it enjoys and benefits from its independence from a national tie and this is seen in the occasional policy difference with its Anglican neighbours. It is also regarded as straddling the divide between Protestantism and Catholicism, a position that encourages “lively debate”.