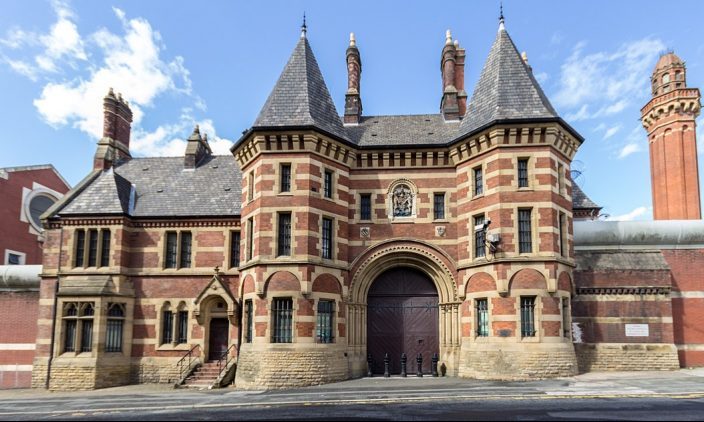 The last death penalty carried out in the UK was in 1964, but it was not until 1998 that it was entirely abolished. The punishment for the most severe crimes, such as murder, is now life imprisonment. After a certain length of time, prisoners may be eligible for parole, which means that they could be released with some restrictions. Nevertheless, some prisoners do spend the whole of the rest of their lives in prison.

The photograph above is of H.M. Prison Manchester (otherwise known as ‘Strangeways’), which is a Category A men’s prison  opened in 1868.