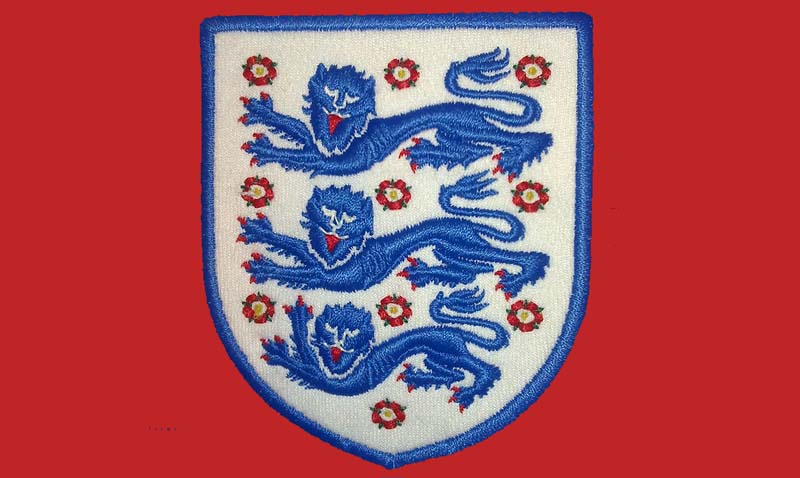 Knights began to have personal coats-of-arms for identification on the battlefield in the 1100s and this quickly spread to the nobility and monarchs. It is suggested that King Henry I (1069-1135) initially had one lion ‘rampant’, then two, and Henry II (1133-89) added a third, but the first clear evidence of the three royal lions ‘passant guardant’ (originally called leopards) comes from the reign of Richard I (1157-99) in 1189-99. They have since been included in most varieties of the Royal Coat-of-Arms and have come to represent England as a country, too.

Therefore in 1872, when the England football team were about to play their first international match, the Football Association asked permission to have the Three Lions as an emblem in black on the players’ gold shirts. It appeared with a crown above. Today there is no crown and it is generally in dark blue on a white background with ten Tudor roses in formation among the lions, who have red tongues. Other colour combinations are sometimes applied.

When the England & Wales Cricket Board was formed in 1997 it adopted a similar logo but restored the crown above the Three Lions. A single lion or rose has been used by a few other sports bodies. 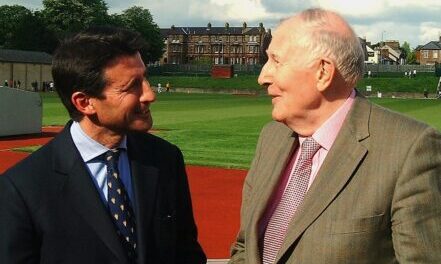