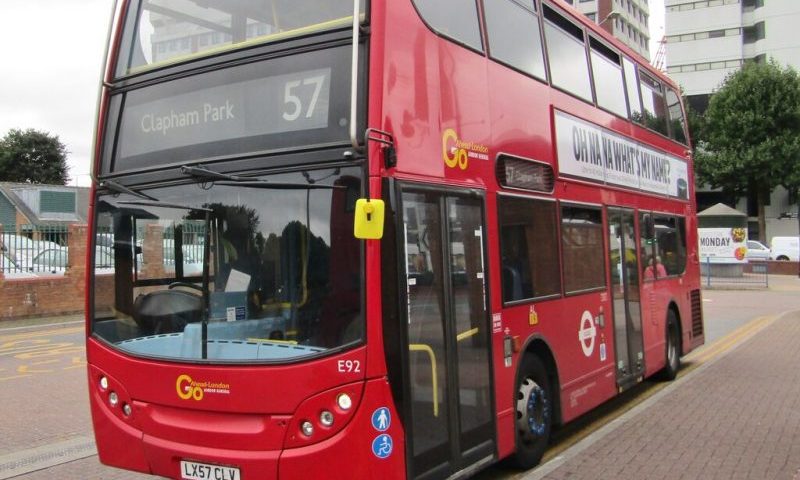 Red buses are a feature of the London street scene and an integral part of the public transport system, although they are now run by private sector companies. It is said that the colour red was first chosen in order to be eye-catching and stand out from the other traffic. Other parts of the country use various colours, including red.

The pioneering double-decker AEC Routemasters were in production from 1956 until 1968 and were designed especially for London. Through diligent maintenance, they were still being driven until the end of the century and some are still in use today as vintage excursion vehicles.

Today’s red buses no longer need a conductor to collect the fares, as passengers get on at the front, next to the driver, and you must pay by Oyster or contactless debit/credit card only (no cash!).  All journeys cost the same, so there is no need to even speak to the driver ~ just tap your card on the machine.