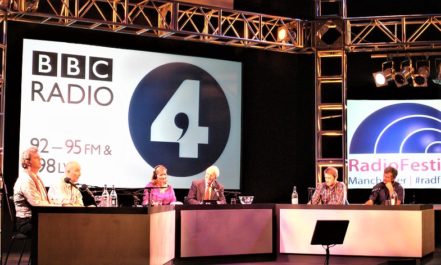 The world’s longest-running panel show is BBC Radio’s ‘Just A Minute’ (JAM), which first aired on 22nd December 1967. Parlour games used to be a way to pass the time at home before the advent of television, and JAM is a good example of this type of brain-teasing fun. Contestants must each try to speak for sixty seconds on a topic given to them on the spot by the chairman ‘without hesitation, repetition or deviation’.

Points are awarded for correct challenges, being incorrectly challenged, speaking at the end of the minute and, at the chairman’s discretion, for a witty remark. This not only requires general knowledge and verbal eloquence by the speaker, but also the mental dexterity of the other players and particularly the chairman to keep track of what has been said. That chairman has been the ever-present Nicholas Parsons, CBE (1923-2020) who only missed four programmes through illness towards the end of his life. Apparently, he wanted to be a panellist at first and had to be persuaded to take the chair ‘temporarily’.

Kenneth Williams (1926-88) was the star contestant in its first decades, with Paul Merton (1957-) emerging as the linchpin later on. There have been close on a thousand episodes.