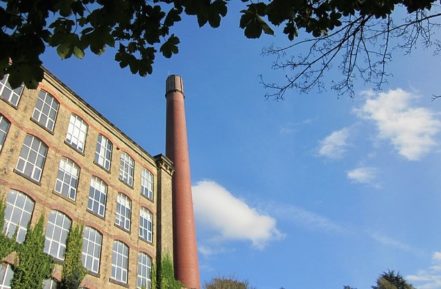 Britain was the world’s first nation to undergo an industrial revolution. It took place from approximately 1760 to 1840. Prior to this period there were no machines and no methods of sustained power generation. People lived in villages that were self-sufficient in terms of food production, work, church and even justice (though there were touring judges). In hindsight, this seems idyllic in some ways, particularly when one realises just how dependent today’s society is on the electricity supply.

Various contributing factors came together in Britain in the mid-eighteenth century. Cotton was being imported from the British colonies; the climate was good for sheep farming and the production of wool; there was an entrepreneurial spirit and abundance of creative talent; there were coal and iron resources; financiers were ready and willing to invest; and geographically Britain was separate from European wars and other difficulties.

The revolution began in farming, with inventions of devices to make it more efficient. The textile industry then took up the mantle of innovation with mechanical wonders like the Spinning Jenny. The mining of coal and iron ore became huge operations and ship-building was just one benefactor of that. Factories, cities and corporations transformed our landscape and our society.