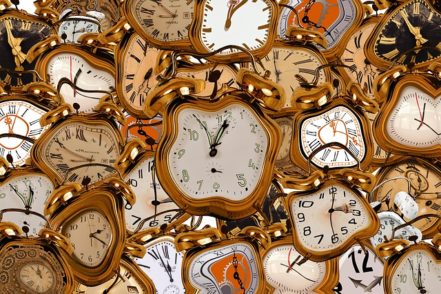 British Summer Time (BST) was an idea put forward by a wealthy businessman in Kent ~ William Willett ~ who produced pamphlets and campaigned for a daylight saving scheme in the early 20th century. He suggested four weekly adjustments of 20 minutes each!

Willett’s complicated version was rejected, thankfully, but the principle remained somewhat valid at that time ~ that putting the clocks forward for summer, then back to normal for winter, would make the most of the available daylight, thereby saving coal and reducing accidents in the dark.

A year after Willett died, it was Germany who first put this into practice, during World War 1 in 1916, with a much simpler one-hour shift in one go. Britain did the same a few weeks later and has continued with it to this day. The north of the country experiences the effects the most and BST has been subject to various tweaks over the decades, with many people now wanting it to be abolished completely.