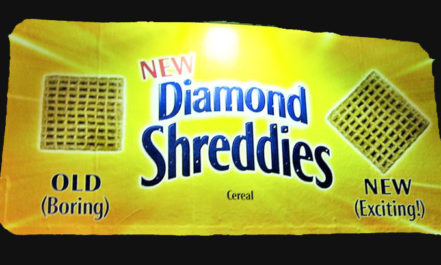 Gone are the days when an advertisement was brief and to the point, consisting only of text giving the product name, manufacturer, uses and price. Today’s multi-billion-pound advertising industry uses every type of available media and images are key. Adverts are inescapable and all businesses and charities regard advertising as an essential part of their marketing.

The first television advert in the UK, for a toothpaste, aired in 1955 in England. There was an outcry against this perceived attempt to fire up unfettered consumerism, which turned out to be prophetic. When people excitedly await the launch of the Christmas TV adverts for certain shops and then debate their merits on social media for days afterwards, it is a sign of how advertising has come to be an integral part of the culture.

The first media adverts featured their own jingles. Then advertising agencies began to create customised lyrics to existing tunes and finally they used original old songs. The music is as important as the camera-work in forming the illusion. Memorable adverts tend to be the witty ones, such as the Smash Martians, the R.White’s ‘secret lemonade drinker’, or even the Benson & Hedges claim that ‘happiness is a cigar called Hamlet‘: