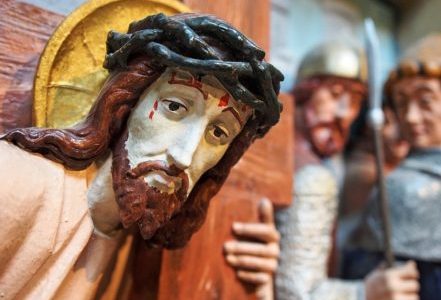 In past centuries, the Catholic Church played a large part in Britain’s politics, warfare, monarchy and everyday life. It was seen as being the opposite to Protestantism, but today these two parts of Christianity reside much more harmoniously together. The head of the Catholic hierarchy is the Pope, who lives in the Vatican City within Italy.

Catholic doctrines date back to very different times but are firmly held, so it can be extremely challenging to incorporate them into modern life. For instance, Catholic priests must be male and celibate. Around 8% of the British population is Catholic, a percentage boosted by recent immigration from Europe. Another 6% were brought up in Catholic households but chose to leave the religion when adult.

The Holy Communion is one of the main rituals in the Catholic church. A small wafer made of wheat flour and water is placed on the tongue to represent ingesting Christ’s body, and a sip of red wine is given to symbolise drinking Christ’s blood.