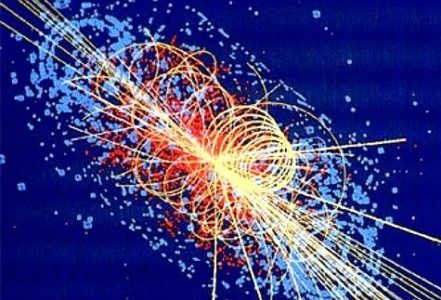 Professor Peter Ware Higgs was born in Newcastle-upon-Tyne in 1929 and grew up in Birmingham and Bristol before entering an illustrious career in particle physics research. Scientists had been investigating the existence and properties of smaller particles than the electrons previously discovered by J.J. Thomson, when Higgs had a spark of inspiration, which he set out in two papers published in 1964. The ‘Higgs mechanism’, ‘Higgs field’ and ‘Higgs boson‘ were the result.

He proposed that his boson particle is the means of force by which the other fundamental particles gain their mass. It thus became one of the seventeen particles in the Standard Model used in physics. However, the Higgs boson is invisible to the human eye and could only be experimentally concluded almost fifty years after Higgs’s initial “one big idea”. In 2012, physicists at CERN declared that the detectors for the Large Hadron Collider had found the long-sought-after decay event which proved the existence of the Higgs boson.

Following this, Professor Higgs was joint awardee of the 2013 Nobel Prize in Physics for “the theoretical discovery of a mechanism that contributes to our understanding of the origin of mass of subatomic particles“.