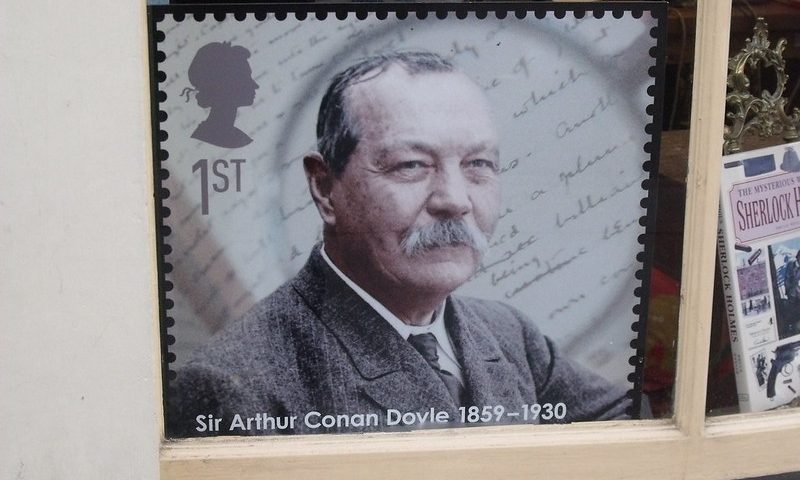 Sir Arthur Conan Doyle (1859-1930) from Edinburgh first became a medical doctor. However, he had inherited story-telling talent from his mother and for a time he tried to combine both activities. Eventually, in 1891 he abandoned his medical practice and devoted himself to writing.

The source of the idea for his Sherlock Holmes novels came from a Dr. Joseph Bell who based his diagnoses on logic, observation and deduction, which impressed Doyle immensely. Holmes sometimes became a real person in readers’ minds and Doyle related that there ws even a marriage proposal among the many fan letters addressed to Holmes himself! Although he did not rate his Holmes stories as having much literary status, instead preferring to work on more intellectual subjects, he came to realise that he could make a living from them. 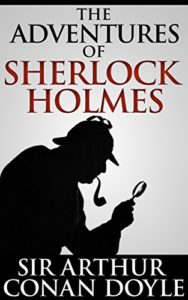 Doyle is well-known for following and promoting Spiritualism. He wrote books and articles supporting its beliefs, and toured around giving lectures on it. Unfortunately, he was wrongly convinced by the infamus photos of fairies produced by two girls in Yorkshire in 1920, which later proved to be a hoax.

He remained a spiritualist for the rest of his life and is the Honorary President-in-Spirit of the Spiritualists’ National Union.