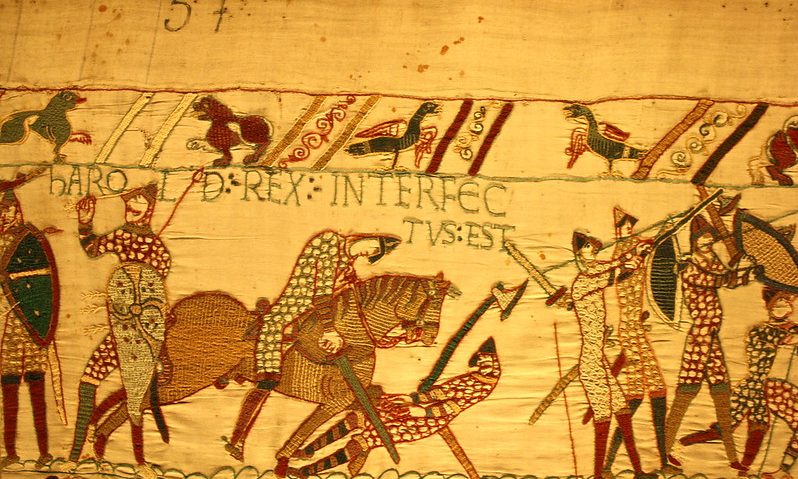 1066 was an extraordinary year for King Harold II (c.1020/22-66). In January, after years of political and military wranglings, he was crowned King of England but there were others who wanted this title. Harold and his army readied themselves and waited all summer on the south coast for the expected invasion attempt by William, Duke of Normandy.

In September, the Vikings and Harold’s brother Tostig arrived in three hundred ships from Norway, so Harold and his army had to quickly march two hundred miles north to fight them off. They succeeded in a terrible battle which saw both Harold’s brother and the last king of the Vikings killed.

Harold then received news that the expected invasion down south had started! His army had to rush all the way back to fight off the Normans …. but this time they failed, as they were exhausted and they did not wait for more men to join them. Harold was killed in this battle, which is called the Battle of Hastings. It is thought that one of his wounds was an arrow in the eye. Harold was the last of the Saxon kings and 1066 was a major turning-point in our history.