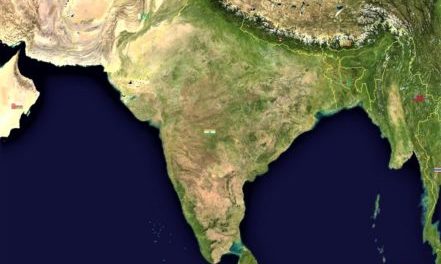 The second of these gentlemen, Everest (pronounced “Eve-rest”), worked on the Survey from 1818 to 1843 and his successor, Waugh, arranged for the newly-measured Himalayan Peak XV on the Nepal-Tibet border to be named after him, i.e. Mount Everest (nowadays pronounced “Ever-est”). Everest objected as the mountain already had a name ~ Sagarmatha ~ meaning ‘mother of the universe’.

Waugh’s accolade of Everest may well have been due to his legacy of highly accurate maps produced with the latest mechanical instruments. His calculations included the 11.5-degree meridional arc from the Himalayas to the southernmost tip of India. This involved advanced mathematics which had to take into account the Earth’s irregular curvature, light refraction and the effect of heat on the metal instruments and 100ft.-long chains. Everest’s expertise contributed to a survey which turned out to be accurate to within 0.09% of modern-day GPS measurements.