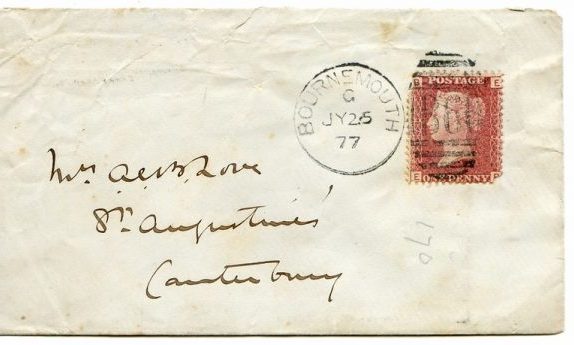 The very first postmark in the world was the invention of Colonel Henry Bishopp (or Bishop or Bisshopp) (1605-91) in 1661. He had bought the monopoly for delivering letters around the country and had become the first ‘Postmaster General’ in Britain.

He wanted a method of recording the date each letter was handed in to the post office. This was because of complaints from customers about delays in delivery. His ‘bishopmark’ provided the means of better organising the delivery schedules.

The bishopmarks were approximately half an inch diameter black circles with the month and the day inside. Each wooden stamper was chiselled individually in the first year and kept for re-use thereafter. Postmarks, as they later became known, have been used ever since.