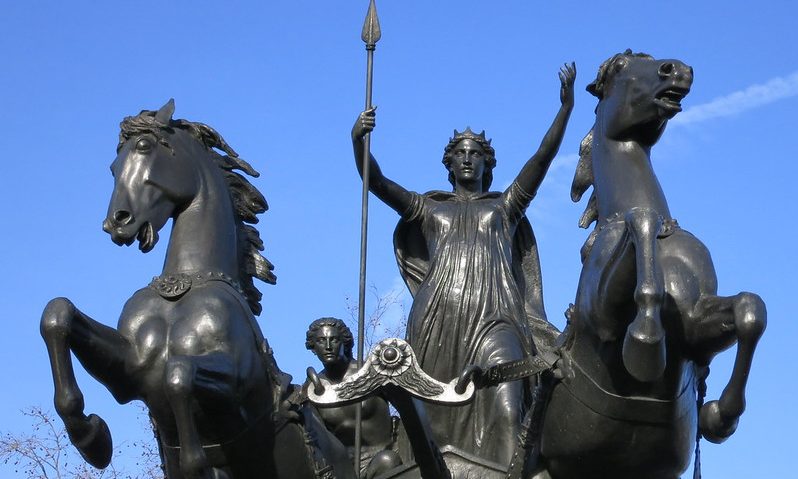 Queen Boudica (the exact spelling is uncertain) was born in 30AD and died just 31 years later. Her name was probably a nickname, meaning ‘victory’. Her husband was the king of the Iceni tribe in East Anglia. When he died, the Romans no longer saw any reason not to help themselves to Iceni land. They publicly flogged Queen Boudica and raped her two daughters.

Incensed, she led an uprising which attacked the Roman settlements at Colchester, London and St. Albans, killing 70,000 Roman soldiers in the process. However, the tribes were defeated at the Battle of Watling Street, where a well-equipped, more efficient Roman army awaited them. Boudica and her daughters either died of their wounds or poisoned themselves at the scene.

The statue of  ‘Boadicea and her Daughters’, pictured above, is situated in the middle of London, ironically one of the places she destroyed!

(Image of Boudica statue in Westminster: Paul Walter at Flickr.com / CC BY 2.0)