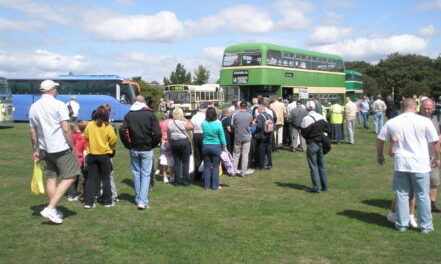 In a densely-populated UK, the principle of queueing ~ patiently waiting in line for your turn ~ is necessary and fair. If there is already someone waiting at a bus stop, it is taken for granted that anyone arriving later will form an orderly queue, rather than push in at the front. Queueing became a fact of British life in the WW2 years, when there was rationing, and it has continued to be an essential part of peaceful society in modern times.

We are suspicious if one queue is much shorter than its neighbouring queues. If invited to ‘avoid the queues’ by buying a special ticket, we will show an interest, but ‘jumping’ a queue is a complete no-no. Provided everyone abides by the correct queue discipline, we are happy to wait, especially if the queue is moving quite quickly. Traffic queues are not so polite and queue-jumpers have to be accommodated, reluctantly.

In shops and banks there is sometimes a single queue leading to two or more service points, thereby relieving the problem of which queue to join. Some even have an automated voice directing successive customers to the next available cashier and avoiding the situation in this video:-