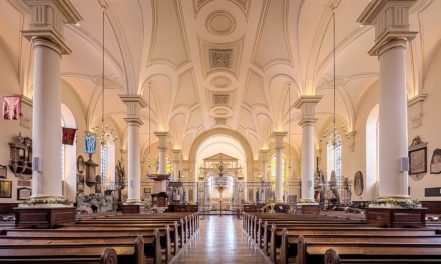 The Church of England is the ‘Established’ church of England. This means that its head is the monarch ~ the ‘Defender of the Faith’ ~ and it plays a role in state occasions. Nevertheless, in current surveys only 14% of the population give their religion as Church of England (CofE). Of those, just over 700,000 regularly attend CofE church services. However, the Christmas service is a different matter altogether, with increasing numbers of people seeing it as part of the festive fun!

The formation of the Church of England by King Henry VIII in 1534 was the Brexit of its day, as it was the breaking away from the Pope as head of the Europe-wide church. In fact, Queen Elizabeth I was excommunicated by the Pope in 1570, which put an end to her attempt to keep an element of Catholicism in CofE matters.