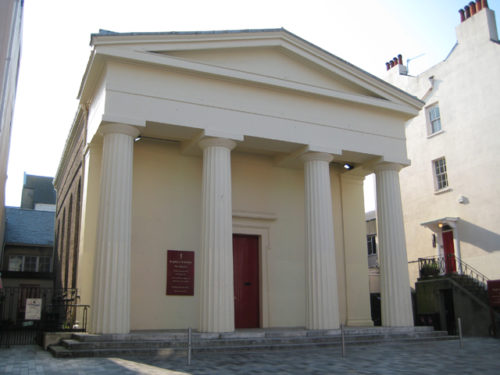 More of a theological movement than a religion, Unitarianism began in eastern Europe after the Reformation. Its name comes from its assertion that God is not split into three, as in Catholicism’s Trinity of ‘the Father, the Son and the Holy Ghost/Spirit’, but is a single, omnipresent divinity. This was adopted in the UK in the 1700s by the non-conformist Protestant factions, keen to take on radical change.

Although Unitarianism was seen as heretical at the time, Theophilus Lindsey set up the first openly Unitarian church in 1774 in London, in what is now the headquarters of ‘The General Assembly of Unitarian & Free Christian Churches’. Unitarianism gained legal status in 1813 and reached its peak of popularity over the next century.

The services  held in each of its 170 churches, chapels and meeting rooms vary in format according to each congregation’s wishes. Some services focus on meditation alone. It has no creed, dogmas or rules. Jesus Christ is regarded as a charismatic human, not the son of God. Indeed, a belief in God is not even required, as the aim is for each person to discuss, ponder and reach their own conclusions on spirituality. It truly is a ‘broad church’.