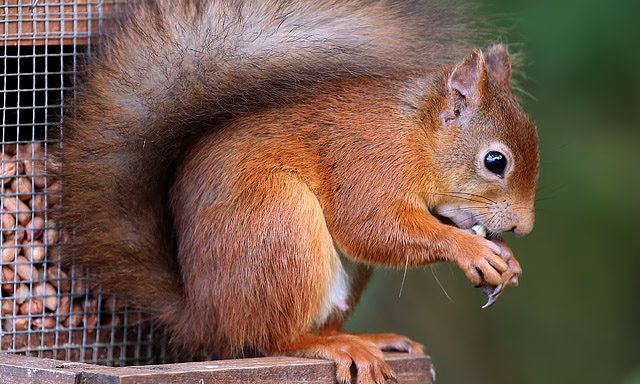 The  red squirrel is native to the UK, going back thousands of years, but its numbers are now a small percentage of what they once were. This is due to the introduction of the grey squirrel from North America a century ago by aristocrats. The greys can eat unripe nuts, whereas the reds cannot, so many reds have simply starved. Others have died of viruses which do not affect the greys, such as squirrelpox, which the greys carry.

The red squirrel is a protected species in the UK as there are only 138,000 left (RSNE, 2018). Most of these are in Scotland but some are in Wales and northern England.

The visual differences with grey squirrels are that the reds are smaller, they have tufts of fur on their ears and their tails are not banded with different shades of colour. It is not possible to say that one squirrel has red fur, while the other has grey, as both types go through various colours of fur during the year and their lifetimes.