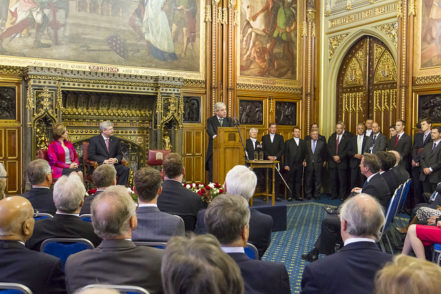 In a political debate there needs to be someone ‘in the chair’ who organises the agenda, the speakers and adherence to the rules. In the House of Commons this is the Speaker. The House of Lords manages itself and is far more sedate, so has a Lord Speaker in a similar but lesser role. The first Speaker was Peter de la Mare in 1376, while the post of Lord Speaker was not created until 2005.

Both Speakers have the highest authority in their respective Houses and act as ambassadors for them in any dealings with the monarch, the other House and other institutions. The Speaker is an MP and the Lord Speaker is a Lord, and they are elected by their colleagues. There are also Deputy Speakers who share some of the duties.

Speakers “must remain politically impartial at all times” and on election they must immediately cancel their membership of their political party and become ‘independent’. This is one of the abilities on which a Speaker is chosen, along with decisiveness, fairness, knowledge of procedures, self-confidence, wit and charisma. In August 2019, John Bercow became the first Speaker to display his allegiance to one side and work against the opponents.