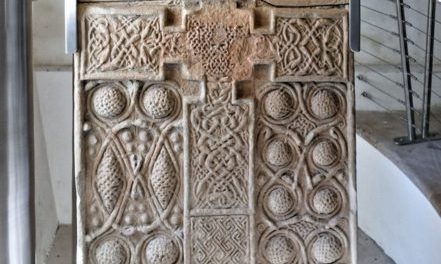 Some colourful portrayals of the Picts can be found in attempts to elaborate on their place in Scottish history from the 3rd to the 9th centuries. Unfortunately, along with the Druids who may have lived among them, they left no written records themselves of their culture, deeds or language. All that remain are some two hundred standing stones, whose engravings have yet to be interpreted.

Pict is a later name, with Pehta, Peihta or Peohta possibly being more authentic. Although a farming community, they have been presented as pirates or sea-raiders. In 297 a Roman visitor described the ‘Picti’ as painted or tattooed semi-naked warriors. The ‘Historia Norvegiae’ (c.1500) seems to have turned this into a fairy tale, with dwarf-like Picts living underground.

In fact, they were indigenous descendants of those who inhabited the British Isles and probably Doggerland after the last ice age ended. The Roman, Northumbrian or Viking threats, at one time or another, are said to have encouraged the Pictish regions of north and east Scotland to band together and form Pictland. The most extreme theory for their disappearance as a distinct group is Viking genocide, but it seems more likely that they merged with the Gaels.