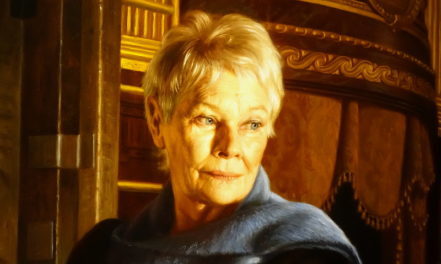 Born in Yorkshire in 1934, Dame Judi Dench has spent almost all her working life as an actress and has no intention of retiring. Beloved and revered, she has won many awards for her various roles in theatre, television, film, radio and animation. Her professional debut was in 1957 at the Royal Court Theatre in Liverpool in Shakespeare’s ‘Hamlet’. This set the touchstone for her long career of playing prestigious, leading characters including several Queens.

Her first film was ‘Four in the Morning’ (1965) and her first musical was ‘Cabaret’ (1968). She was apprehensive about singing but was in fact highly acclaimed for her rendition. Her voice is distinctive ~ chocolatey smooth but with crackling feistiness ~ and her  pixie-cut hairstyle looks as classy today as ever.