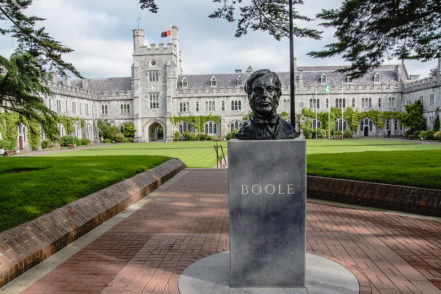 Boolean algebra, or logic, is named after George Boole (1815-64), a gifted mathematician and philosopher. Born in Lincoln, the city honoured him with a memorial stained glass window in Lincoln Cathedral. His thirst for knowledge was such that he taught himself advanced mathematics, Latin, Greek, French, German and Italian at a young age. He opened his own school in 1834, then became head of a boarding school in 1840.

This extraordinary man received the Royal Society of London’s first gold medal for mathematics in 1844. From 1849 until his death from pneumonia he was the first professor of mathematics at Queen’s College Cork. He devised a symbolic system for sorting information with binary values, enabling the efficiency of computer programs, databases and electronics. He is therefore regarded as one of the forefathers of the digital age.

The Boolean operators AND, OR and NOT are the most well-known, as they can be used in most search engines to narrow down results. However, Boole also greatly contributed to new areas of mathematics such as set theory, binary numbers, probability and differential equations, and he was the founder of invariant theory. He showed that mathematics, far from being set in stone, still has further creative possibilities.