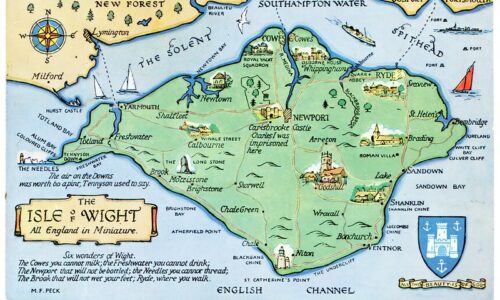 The Isle of Wight (IoW) is a diamond-shaped island two miles off England’s south coast and is much favoured by holidaymakers from the mainland. Its population is around 142,000 but it happily accommodates 15 times that number each year in tourists, with the trend veering towards short breaks of 4 or 5 days. Queen Victoria (1819-1901) so loved visiting the IoW that Prince Albert (1819-61) had Osborne House built in East Cowes as their private retreat and that is where she died.

The IoW’s position forms a strait atop the English Channel called The Solent, thereby shielding the harbours of Portsmouth, Southampton and Lyminton, these being the departure/return points for 200 IoW ferries daily. There are remains of a WW2 radar station, historic forts and castles, as well as many shipwrecks in its waters. All but one of the island’s towns are seaward, with Ryde being the largest.

Farming accounts for 80% of the interior, some of which lies in the IoW’s Area of Outstanding Natural Beauty. The island’s 63-mile east-west chalk ridge is most conspicuous at The Needles on the westernmost tip. There was once a 120ft. tall chalk stack in the gap, but this eventually collapsed. Sand of 21 different colours can be found in the bay. 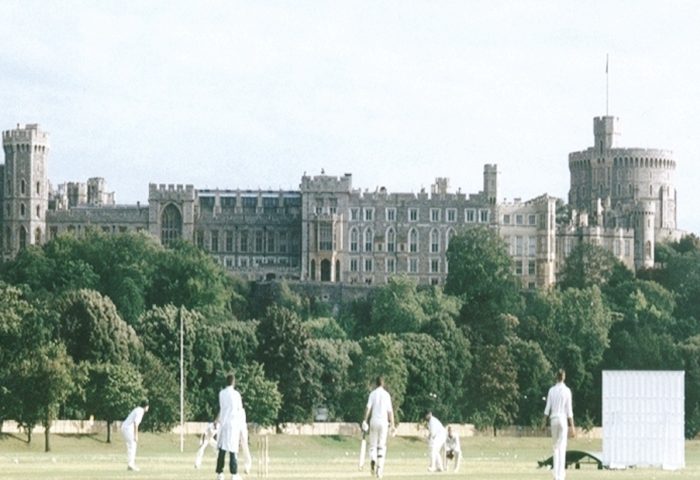