The first dinosaur bone to be identified as such, albeit 166 years later, was dug up in 1676 on Sir Thomas Pennyston’s Oxfordshire estate and given by him to Professor Robert Plot (1640-96) at the University of Oxford. Plot included a drawing of the giant thigh bone in ‘The Natural History of Oxfordshire’ which he published in 1677. He imagined it to be human but it was later claimed to belong to a megalosaurus (‘the great fossil lizard’), a name invented by Dr. William Buckland (1784-1855/6) also at the University of Oxford.

The extraordinary finds of Mary Anning (1799-1847) on part of the 95-mile Jurassic coastline stretching from Devon to Dorset, including whole skeletons of ichthyosaurs, inspired enormous interest in fossil-hunting, even though it was seen as controversial in theological circles.

Lancashire-born Sir Richard Owen (1804-92) devised the name ‘dinosauria‘ (‘terrible lizards’), commonly called dinosaurs, in 1842, to classify the growing number of extinct species of mostly large reptiles and birds. There are many dinosaur museums around the UK, including the Mary Anning Wing of Lyme Regis Museum, but perhaps the most famous is London’s Natural History Museum with its dinosaur gallery. From 1979 to 2017 a replica of ‘Dippy’ the diplodocus was the first sight on entering the building. 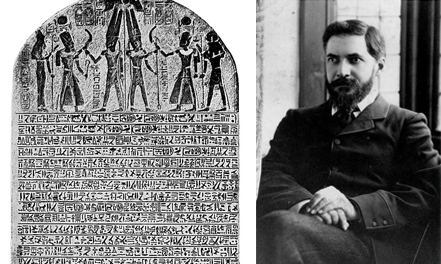