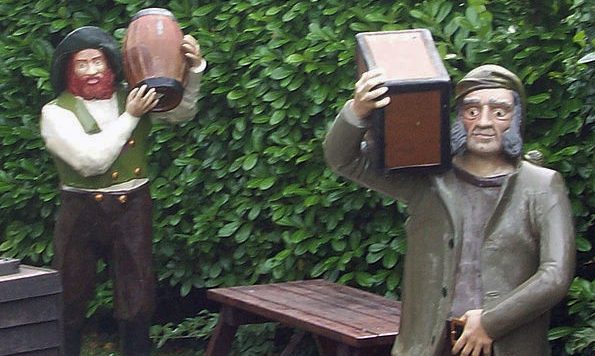 During most of the eighteenth century Britain and France were at war and this gave rise to a huge smuggling and wrecking industry all along the south coast of England. Soldiers were busy elsewhere, leaving Customs and Excise officials without enough support. Small rural communities were poor and, faced with rising Government taxes to help pay for the war, many men were enticed into these well-paid crimes.

Barrels of spirits, wine, tea, coffee and salt, and bales of silk and lace were among the untaxed shipments brought in under cover of darkness. Networks of tunnels in caves and cliffs were carved out for storage and then onward transportation inland.

Wrecking took things a step further and often involved luring a ship onto the rocks with confusing lights, so that a gang of men could then break up the ship and simply steal its cargo. At one time the law said that this could only be done if there was no-one still alive on the ship…. a sure death sentence for the poor sailors in that situation!

(Image of models of smugglers at tourist attraction on the Isle of Wight: Chalkietom at Wikimedia Commons / CC BY-SA 3.0)