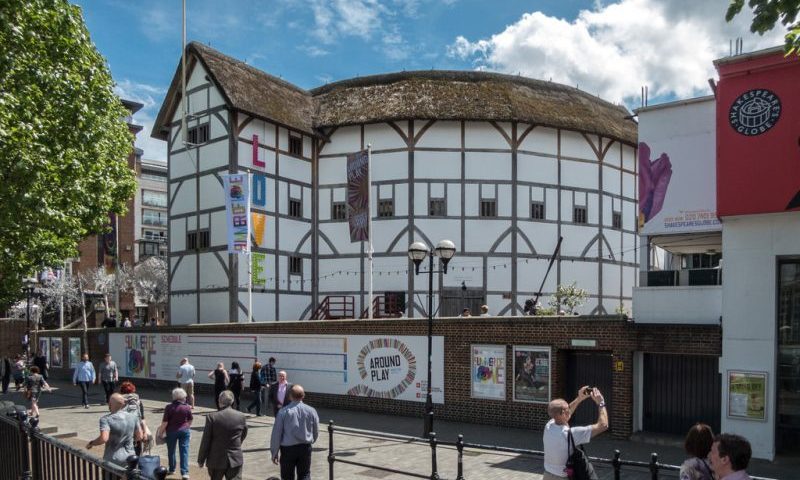 The Globe Theatre in London was built by Sam Wanamaker as a replica of the theatre in which Shakespeare’s plays were first performed in the early 1600s, with Shakespeare himself acting in them. That original theatre was probably not called the “Globe” and it only stood for around 45 years, minus a year when it was being re-built after accidentally burning to the ground.

The modern-day ‘Shakespeare’s Globe Theatre‘ opened for performances in 1997. It is three storeys high, with twenty sides. The stage protrudes into the audience, is five feet high and has an overhanging balcony above. London’s only thatched roof sits above the seating benches but the centre is open-air. The structure is made entirely of English oak and the stage has minimal lighting and no microphones.  This is all intended to follow the original design, as far as archaeologists and historians can ascertain.

Here is the expert linguist, Professor David Crystal, and his actor son, Ben, talking in the Globe Theatre about the pronunciation of English in Shakespeare’s time…