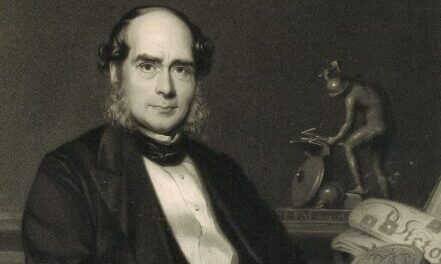 Sir Henry Bessemer, FRS, (1813-98), born in Hertfordshire and mainly self-educated, gave his name to the Bessemer steel process and the Bessemer converter, which enabled the massive, society-changing expansion of the use of steel. Although others elsewhere in the world had been working on a similar process, Sir Henry was the first to envisage it on an industrial scale.

His converter took up to 30 tons of molten ‘pig iron’ and blew air through it to oxidise the impurities. He patented the process in 1856, initially with the idea that it could be used to produce more quantities of guns and cannons. However, it revolutionised the manufacture of all kinds of heavy goods. His discovery is acknowledged as a true game-changer for the modern world.