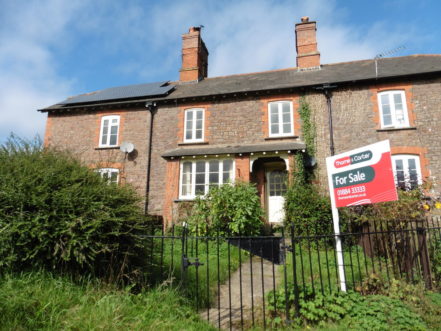 Before WW1, most ordinary British folk paid rent to live in their homes, but the two World Wars generated a surge in house-building which led to a national change in attitude towards house ownership. Mortgages specifically tailored to house-buyers were introduced and these required comparatively low deposits. Between the Wars house ownership rose to around a third of the population and by 1971 it was a half. The peak of 70% was achieved in 2001.

Of course, owner-occupied properties can be passed down to one’s children, so they are a highly-valued family asset. They also tend to rise in price above inflation, especially in London, in a market led by supply and demand. Young adults leaving the parental home may start by renting but since the 1950s it has become an aspiration to buy your own home as soon as the amount of the deposit has been saved up. This is what is known as ‘getting onto the property ladder‘, as coined by a British newspaper in 1981.

To do this, you become a ‘first-time buyer’ and the government has a few schemes to assist with this. Otherwise, mortgage brokers can help find the right loan deal for your circumstances.