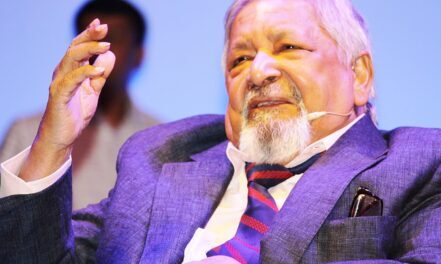 The writer Sir Vidiadhar Surajprasad (“V.S.”) Naipaul died in August 2018, just short of his 86th birthday. He was born in Trinidad but studied in England as a young man and became a British citizen. He wrote more than thirty books, including ‘A House for Mr Biswas’ (1961) and ‘In a Free State’ (1971) for which he won that year’s Booker Prize.

The video below is of a short speech he gave in 2001 during the Nobel Prize awards event, at which he was honoured with the Prize in Literature.