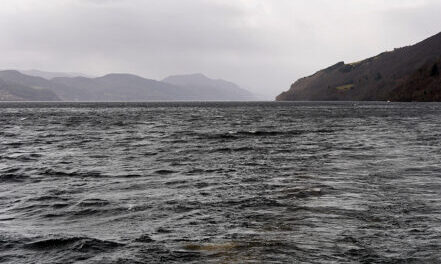 The Loch Ness Monster, or ‘Nessie’ as she is affectionately known, has long been a draw for tourists to the Inverness area of the Scottish Highlands. This is in spite of the only evidence for her existence being a few blurry long-distance photographs which have apparently been shown to be fakes.

Loch Ness is the UK’s largest lake by volume, being 23 miles long, a mile wide and 755 feet deep. Its sides and bottom are smooth, making it the perfect shape for the phenomenon of tidal bores and seiches, like an enormous lava wave motion machine. Some scientists say that the wind sets off the back-and-forth movement of the water, others that it is a tidal effect from the adjacent North Sea which lifts the British Isles up and down all the time.

Modern wave tanks can be used to demonstrate how these wave motions create shapes which might appear to be huge sea creatures. However, the mystery surrounding the shy, solitary creature remains and scientists continue to come up with new methods of investigation. For instance, in 1987 they methodically swept the loch with sonar and in 2018 there was a search of all DNA in the Loch. Nessie eludes them all.