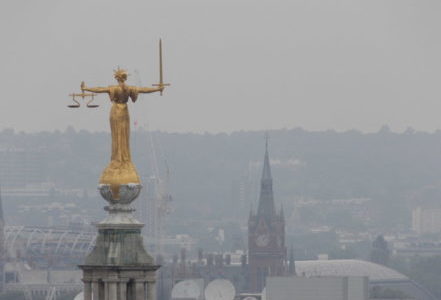 British society is underpinned by the principle of ‘the rule of law‘, first stipulated in Magna Carta Libertatum in the thirteenth century. It depends on having a set of laws that apply to every person, authority and business equally and impartially. Everyone should be aware of these laws and what punishment they will receive if they break them. Judges must be independent and the police unable to subvert the law.

To ensure consistency, judges rely on ‘legal precedent’ to inform them of decisions made elsewhere on similar cases, but they can always set a precedent themselves if there is good reason. Natural justice and common sense are the basis of UK law, but  its application is subject to the judges’ interpretation.

The rule of law is a protection of the people from the state using its power in whatever way it chooses. It is often said that “no-one is above the law”. However, this is not entirely true. Foreign diplomats and young children have some immunity, for example, and the monarch (but not his or her family members) is technically above the law, as all laws, courts and legal processes are in the monarch’s name, e.g. the Crown Prosecution Service.