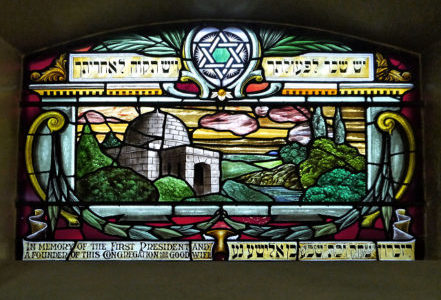 In Christian Britain the followers of the Jewish religion, or Judaism, have historically had a mixed welcome due to their denial of Jesus Christ (who would have been Jewish) as anything more than a preacher. Jewish merchants and bankers from western Europe did not arrive until after the Norman Conquest of 1066. Further bad feeling was generated by their money-lending activities and their apparent wealth.

This culminated in a massacre in 1190 of all Jews then living in York. By 1290 the Jewish population had been expelled from the country. Almost four centuries later they were allowed to return. It is said that this was partly because some Christians thought that a Jewish presence was a prerequisite for another arrival of Christ. In 1858 they were granted all the rights of free British subjects.

Since then there have been arrivals from eastern Europe ~ during and after World War 2, for instance. There are around 260,000 followers of Judaism in the UK. The largest community is in London, with others in Manchester and Gateshead. Their holy text is the first five books of the Old Testament, from which a list of over six hundred commandments has been derived.