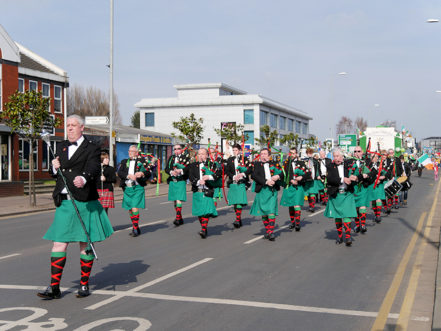 St. Patrick’s Day is on 17th March because he died in Ireland on that day in 461. St. Patrick was born as ‘Maewyn’ in northern Britain in 387 but in 403 he was either kidnapped and taken to Ireland as a slave or he chose to leave home. Maewyn worked as a shepherd for six years, during which time he learnt the Irish language and had a religious awakening.

He returned to Britain, trained as a priest and returned to Ireland as a missionary. He travelled all around the northern half of Ireland setting up churches and converting thousands of people. 17th March was eventually put on the Catholic saints calendar in the 1600s and it can be moved if it clashes with Easter. Over time, St. Patrick’s Day’s religious observance merged with Irish cultural symbols and festivities.

Today, some believe it has become too much of a commercialised portrayal of an Irish stereotype ~ for example, with people wearing leprechaun costumes and drinking to excess. It is a public holiday in Ireland, Northern Ireland and the British Overseas Territory of Montserrat in the Caribbean, where it has a unique West Indian flavour. The biggest St. Patrick’s Day parade is in New York.