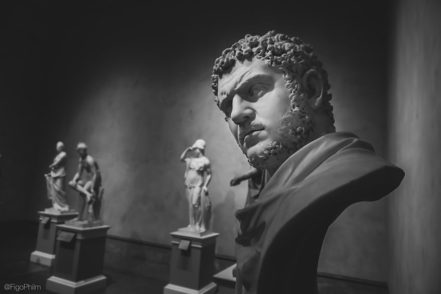 The ability to keep a stiff upper lip is particularly attributed to the British. If one’s upper lip is not allowed to tremble, emotions of fear, anger, despair, grief or sadness can be kept inside and denied. It is a trait which has served the British well in its long history of rule by a hierarchy headed by monarchs. British kings and queens who appear to be completely self-controlled garner a great deal of respect and mystique, and they set a standard for their subjects to follow.

British public schools traditionally instilled this self-discipline and stoicism in their pupils. As boarding schools, this was firstly achieved by separating them from their families. Add to this the corporal punishment, cross-country runs in all weathers, cold showers, enslavement to senior pupils (‘fagging’), rugby and the study of classical warrior heroes, and any sign of emotional weakness would put a boy at a serious disadvantage.

Nevertheless, it is a characteristic that can be revelled in through comedy, as in Monty Python‘s ‘Always look on the bright side of life’ (1979). However, in recent times there has been a push to diminish it under the umbrella of ‘mental health issues’.