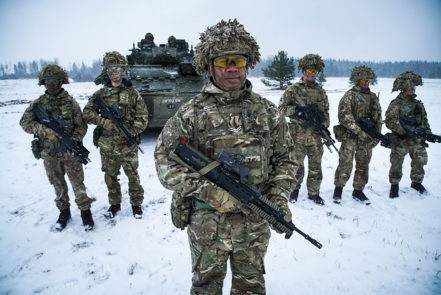 The UK was one of the original twelve members of the North Atlantic Treaty Organisation (NATO) when it was formed in 1949. Its aim was to keep the peace in western Europe by diplomacy and by the potential military threat of the twelve countries acting together, the most powerful by far being the USA. If one country were to come under attack, the others might rush to its defence, if they saw fit.

The UK was involved in its formation and sees itself as having a major role, behind the USA. Our membership comes under the remit of the Department for Foreign & Commonwealth Affairs and it is described as being of fundamental importance to our national security. However, after 70 years of NATO, much has changed and there are many commentators who say that it creates more problems than it solves, and that it should be disbanded or at least reformed.

There are 29 member countries today, vastly over-stretching NATO’s reach. Most of these do not spend the pledged 2% of GDP on their own defence, unlike the UK, which participates in all NATO operations and is “Europe’s largest defence power” (see video below).