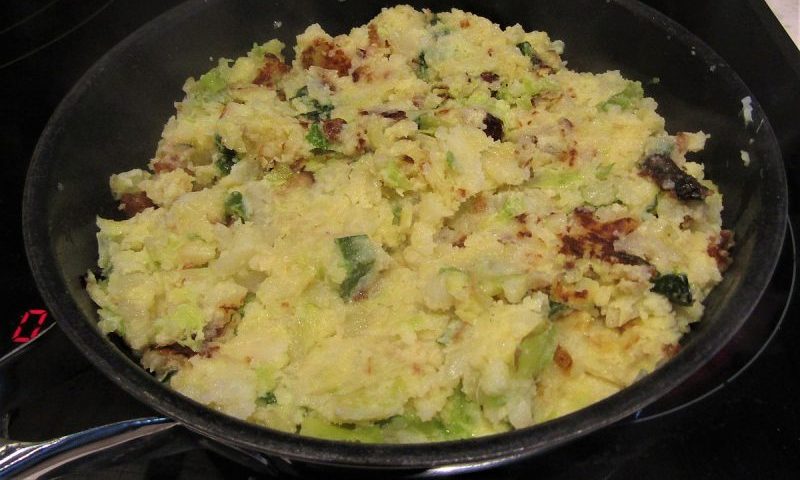 In the early 19th century there was a very popular cookbook called ‘A New System of Domestic Cookery’ by the English author, Maria Rundell. In it was the first published recipe for bubble and squeak.

This is a delicious, low-cost, vegan dish of fried potato and other vegetables such as cabbage and brussel sprouts. Traditionally, it is a way to use up left-over vegetables after a roast dinner and it was eaten for breakfast, but today the vegetables are often cooked especially for making ‘bubble and squeak’ as part of the main meal of the day.

In Scotland this dish is called ‘rumbledethumps’ and in Ireland it is ‘colcannon’. The name ‘bubble and squeak’ comes from the noise that the cabbage makes when it is fried.