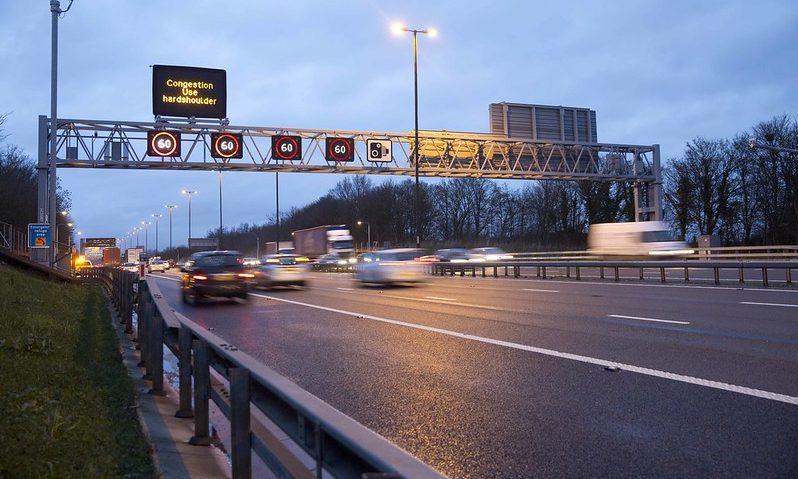 The first motorway in Britain was opened in 1959 and since then, the country has seen more motorways and more traffic than was ever envisaged. Smart motorways are an attempt to ease traffic flow in the most cost-effective way. However, they have a major downside.

Motorways generally have three lanes and a hardshoulder – a lane on the left for emergency use only, whose foundations are not designed for regular traffic. Since 2006 the Highways Agency has gradually been re-building hardshoulders in order to give four lanes for traffic without having to acquire extra land.

Stopping for emergencies is now restricted to ‘refuge areas’, provided the driver is lucky enough to be near one, as they are spaced 1.5 miles apart. The breakdown services, such as the RAC and the AA, will only come out to assist if you are parked in one of these refuge areas. They will not come to your rescue if you break down in a lane, as it is much too dangerous. Smart motorways are therefore a highly controversial introduction, requiring more Highways patrols and more surveillance cameras.

However, due to widely-expressed safety concerns, in 2022 the Government directed the Highways Agency to ‘pause’ the roll-out of more smart motorways.