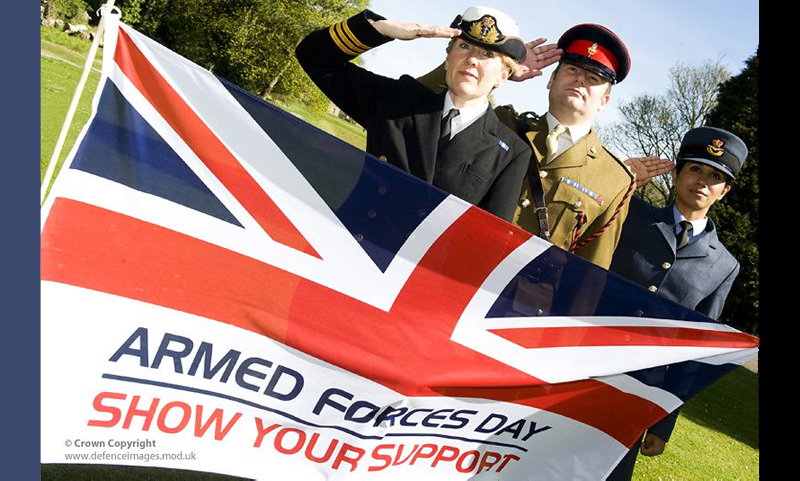 Armed Forces Day in the UK is a day for thanking and paying respect to organisations such as the British Army, the Royal Air Force, the Royal Navy and the Royal Marines for what they do. It takes place on the last Saturday of June. Until 2009 it was known as Veterans’ Day, which was established in 2006.

There is a main event at a different venue each year, as well as local events throughout the UK. These consist of parades, fly-pasts, displays, performances, demonstrations and information tents. Some types of supervised activity whereby children can handle weapons, albeit safely, have been criticised by anti-war groups. Nevertheless, the aim of the Day is to promote an appreciation of the service and, in some cases, sacrifice provided to our country.