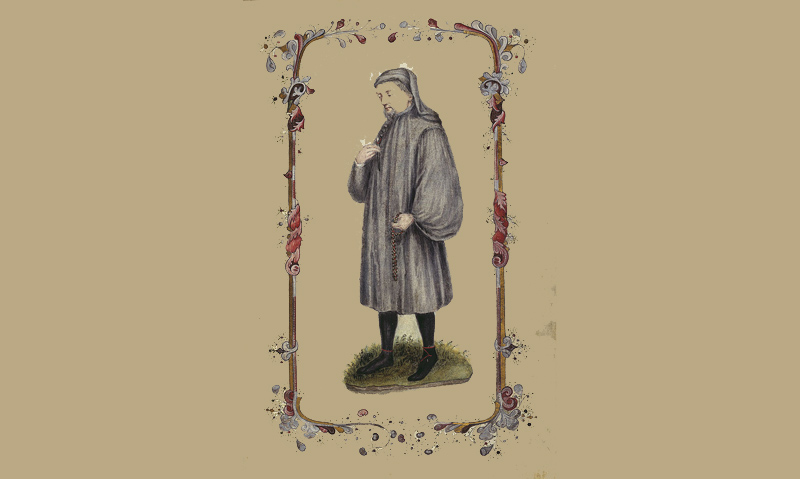 Geoffrey Chaucer (1342-1400) was a poet, translator and writer in his spare time. This is probably why his most famous work, ‘The Canterbury Tales’, was either never finished or was partially lost. It may also be the reason that it was written in English, rather than French as was the norm in those days for professional authors, since it was only the upper-class who could read.

Chaucer began his working career as a servant to an aristocratic family. From there he continued to climb the ranks of the royal circle and held some very responsible positions. His writing sideline attracted the attention of patrons such as the Duke of Lancaster, who also became his brother-in-law.

Chaucer is known as ‘the first English author’ and ‘The Canterbury Tales’ was one of the first books published by William Caxton with his new-fangled printing press in 1476. Only twenty-four of a possible sixty-two tales have been preserved and these are in the British Library. These are 15th century copies ~ nothing remains of the original manuscript in Chaucer’s own handwriting.