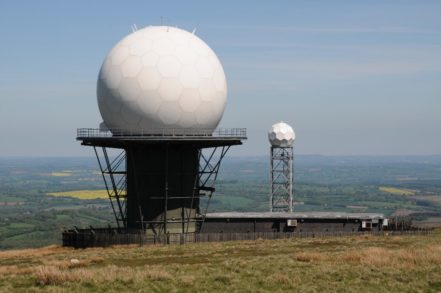 Radar stands for ‘Radio Detection and Ranging’ and there were two Scottish physicists who had key roles in its invention. The first was James Clerk Maxwell, highly praised by Einstein for his contribution to mathematical physics. He devised the equations for the electro-magnetic field, paving the way for numerous applications. The second, Sir Robert Watson-Watt, is usually credited as being the inventor of radar, although the stars were aligned for several others to play their part in the same era.

Watson-Watt coined the word ‘ionosphere’ in the course of combining range- and direction-finding techniques using ionospheric layers. The resulting prototype was, ironically, tested on exactly the same day ~ 26th February 1935 ~ on which Hitler secretly authorised the establishment of the Luftwaffe, in breach of the Treaty of Versailles.

In 1940, Watson-Watt and his assistants invented the cavity magnetron which extended the range of the radar systems, now in full production for World War 2. It is said that the invention of radar enabled the Royal Air Force to beat off the Luftwaffe in the Battle of Britain from July to October 1940. Today it has many navigational, geological and meteorological uses.