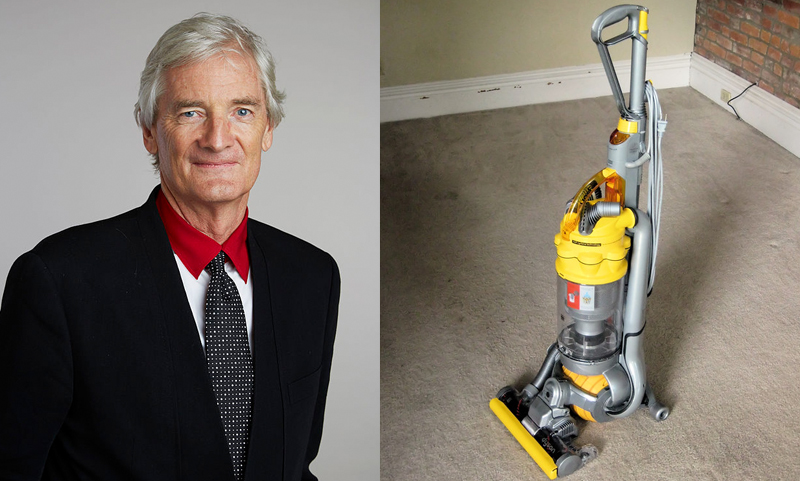 The Dyson vacuum cleaner was invented by Sir James Dyson (1947-) from Norfolk. It was the first machine to combine the two principles of:

Dyson had previously invented the ‘ballbarrow’ ~ a wheelbarrow that has a ball instead of a wheel ~ and in 2005 the ball was incorporated into his vacuum cleaner to improve manoeuvrability. However, the initial development in the late 1970s/early 1980s saw him produce more than 5,000 prototypes, with rejections from all the major vacuum cleaner manufacturers guarding their bag sales.

Eventually, in 1986, he started to sell his machine in Japan and the USA and today it is sold worldwide. ‘The Dyson’ is not a cheap appliance but quite a status symbol. In 2014 a robotic version was launched.