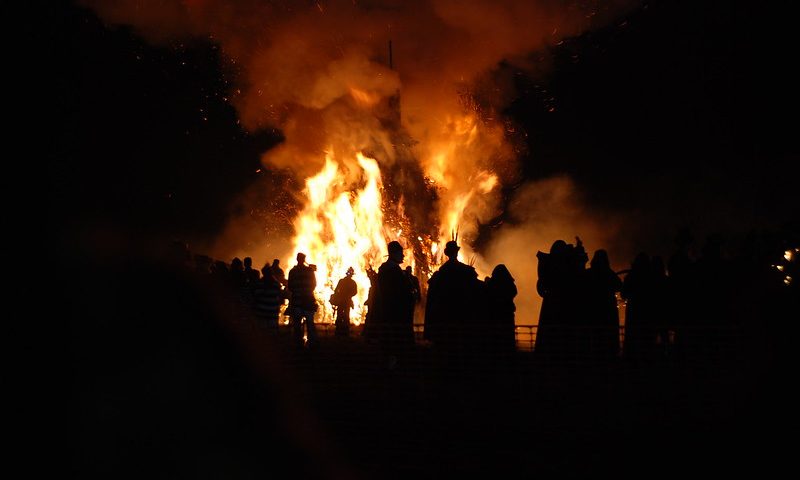 The 5th November is known as Guy Fawkes Night, or Bonfire Night, as it commemorates a treasonous event that took place on 5th November 1605, when Fawkes was discovered in a cellar under the Houses of Parliament with thirty-six barrels of gunpowder. He was one of a group of thirteen conspirators who thought that killing King James I and all the Lords and Members of Parliament would allow them to change the political and religious face of the country to Catholicism.

However, one of the plotters sent an anonymous warning letter to a Lord he did not want to see harmed. That letter found its way to the King and the cellars were searched. Guy Fawkes was standing guard over the barrels and was taken off to the Tower of London. That night, bonfires were lit to celebrate the foiling of the plot and this has happened every year since.

There are quite a few old traditions associated with Guy Fawkes Night, most of which have died out, but it remains a time of bonfires and fireworks. Some people still buy their own fireworks, but a lot of people attend large-scale public displays, as these are more spectacular, not to mention safer.