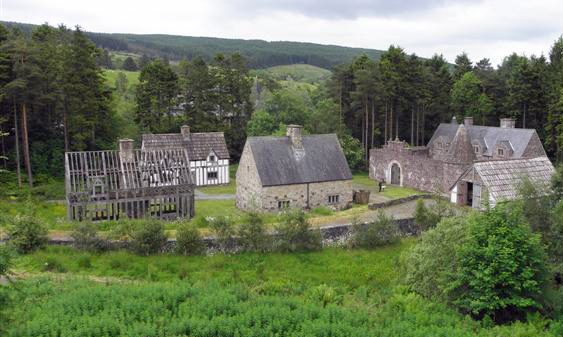 In its empire-building phase of the sixteenth century, England took control of its neighbour, Ireland. When King James VI of Scotland also became James I of England, he was very aware of the tensions between the religions. Ireland was Catholic and he feared that they were plotting against him.

So he decided, in 1609, to encourage ‘planters‘ ~ settlers ~ of the part of Ireland that was closest to Scottish shores, that being Ulster in the north. The Irish leaders had recently fled to Europe and so their lands were confiscated and handed out as incentives to Britons to move in and populate the territory with English-speaking, Protestant farmers and townspeople.

Six of the northern counties now form Northern Ireland, while the rest forms the Republic of Ireland.

Some of the ‘planters’ were not happy in Ireland and they took the long trip over to the north American colonies.