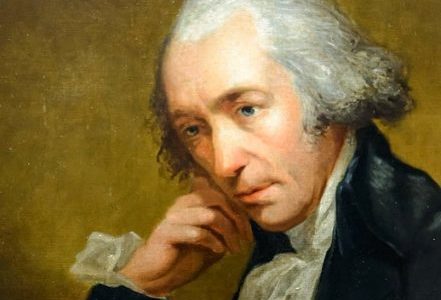 Devon-born Thomas Newcomen (1664-1729) was among the early inventors of small steam engines and his beam engine, used solely to pump water out of coalmines, was manufactured for over fifty years from 1720. James Watt (1736-1819) from Renfrewshire then took a good look at a Newcomen engine in his workshop at Glasgow University and proceeded to make a series of improvements that would drive the mass production of the Industrial Revolution.

In 1769 he patented the addition of a condenser to separate the cooling process from the steam cylinder, thereby making it more effective and reliable. He teamed up with financier Matthew Boulton (1728-1809) and they set up a manufacturing company in Birmingham, Boulton’s home town. Further inventions patented over the years included the sun-and-planet gear enabling rotary motion, a dual-input cylinder, a centrifugal governor and a pressure indicator. He also invented the horsepower measurement and gave his name to the watt.

The fuel efficiency of Watt’s machines was enhanced by the precision boring technique invented by iron-master John Wilkinson (1728-1808). Nevertheless, Watt was reportedly reluctant to keep on increasing the size and pressure of his steam engines, but after his death, other engineers would go on to do just that and cater for heavier workloads.